It wasn’t that long ago that my son got to go along with the Bear Crew into the den of a sow and her three cubs, and ever since then, I’ve wished I could get the chance to do it too.

So when out of the blue, my friend Erin sends me a text asking if I wanted to go with the Bear Crew in January, you can bet I didn’t hesitate one second to say, “YES!”

After promising that I wouldn’t geek out too badly, Erin set the date with the Crew. I put  vacation time on the work calendar, we made our gear list, and we were set to go. The forecast was a perfect sunny, warm day so that was an extra.

We arrived bright and early at the headquarters and got ourselves into our wool pants and boots. We met Randy Cross, head bear biologist for Maine, and our day was set in motion. We had dressed right…wool pants make us quiet…we were off to a great start! We didn’t leave immediately. Instead, we met the entire crew in between their preparations and discussions of the bear we were going to see. Our bear had yearlings as it’s too early for new cubs; they don’t arrive until March or April. The Crew knew her location, how much she had traveled in the last year, and approximately where she was located thanks to the GPS collar she’s wearing. They actually know this bear well. She’s a 16 year old bear that had four cubs last year and they’ve been visiting her den yearly.

The bear crew talked about how much drug to give the sow and cub, throwing numbers, equations, and ratios around like it was a math class. I was amazed at how well everyone works together in gathering everything they need. They apologized because it was only their first few days, and they claimed to not have their routine down…I can’t imagine them doing any better!

I watched a very cool bear video on what to expect. We talked about the Bear Whisperer show, and they asked questions about me…whether I hunt or trap bears. I think they were a happy to hear I’m an avid bear hunter and trapper, but they were welcoming well before they knew anything about me.

Once we were on the road, we actually didn’t go that far to find a bear. I got to ride on a snowmobile that literally can go ANYWHERE it’s driven…I need one of these! We literally broke trail through woods I’d never consider going, while we squeezed between trees zig zagging until we stopped. Although it had warmed up, the snow was still really deep. Being prepared, we had brought along our snowshoes!

Once we were on the trail, two of the crew members, Roach and Jake went ahead and circled the area while Lisa manned the radio to locate the bear. We quietly followed, making sure not to talk so that the bears wouldn’t hear us approaching. They’re seldom bothered by vehicles, machines, etc., but voices can send a bear bolting from her den. Randy had hoped she’d be denned up as she was last year; she had taken up residence in an old beaver house! The surrounding forest didn’t leave him too optimistic, and a ground nested bear is much harder to sneak up on and dart. So we moved as quietly as we could. To our advantage, the warm weather left trees dropping snow and it made for good sound cover.

We were told that if we hear a whistle then to stop moving. This would mean one of the two crew members had spotted the bear. We watched Lisa and Randy move in while we waited. Little did we know that the bear was right there! They had moved in on her and now they were just waiting for the drugs to take effect. Once we got the okay to move in, we got to see our bear! She was in a ground nest. She literally had scratched the trees to make a bed of bark and laid down with nothing over her!

As soon as they got the go ahead, the team went into action working diligently and methodically. The bears were placed on a sleeping bag to keep them off the snow. Randy replaced the sow’s collar while Roach and Jake took measurements and weighed the cub. Then once Randy was done with the sow, she was moved onto the bag, and weighed and measured as well. Lisa took information as numbers were called out in between discussions of what they should name the cub. The cub got new ear tags that had most likely been bitten out by other cubs, a tattoo inside her mouth and a GPS collar. Only one cub remained with the sow out of four. This doesn’t necessarily mean they all died, but they may have. Apparently the two male cubs were very big, and the mother had traveled hundreds of miles. It may be possible the two male cubs went off on their own to den, and there is even a possibility that they may be denned nearby as that is also common.

In just a few minutes, both sow and cub were finished and then we got to get some photos with the bear. It’s entirely a different feeling holding up the head of a living breathing bear. This bear’s head is huge. If I had only seen her, I would might think she was a he.

Before the bears were returned to their nest, Lisa gathered a few armloads of boughs and lined it nicely to keep the bears dry. Their fur is so thick and full and it repels water. I was told that when it rains, the bears will literally get up, shake off, and then lay back down. Once the bears were brushed off of all the falling snow, they were placed back into their nest. A reversal drug was administered to each bear, and we left as quietly and quickly as we arrived.

I am forever grateful for this opportunity to go along with the Bear Crew. To see the professionalism, camaraderie, and true care for the future of our Maine black bears is  something I’ll always remember. Thank you Erin. Thank you Maine Bear Crew!

I wonder if we can go on an adventure with the Maine Moose Crew???…

One thought on “A Day With the Bear Crew”

I climbed on and tried to start the machine. Nothing. I tried again. Nothing.

It’s my third year of trapping. In 2018, I spent most of my time trapping land fur-bearers, because water trapping was too hard for me to do on my own. John and I like to trap beaver for the meat, hide and tail, and the rest makes lovely coyote and bear bait. Last year, I […]

First of all, it’s important for anyone, man or woman to ask to hunt land that isn’t yours.

This was recently published in Boot Life Magazine. Buy a subscription and get your stories sooner! August means the start of the hunting seasons, and bear hunting is one of my favorite, both for anticipation and actual hunt. It’s hard to believe that just seven years ago, I started baiting bear sites with my husband, […]

I love to hunt, but my most anticipated and thrilling hunt is bear hunting. As in years past , we have done all of the work ourselves. While others can’t because of lack of access, work obligations or ability, we manage our own bait sites, which requires a lot of time and energy. Last year […]

With the start of bear baiting season, and only once-a-week visit to the site, I wanted to know if my bait was getting any action during the week. I discovered a new way to see my bear photos during the week, and there’s nothing more exciting than getting that notification on my phone sound that […]

To me, there is nothing more exciting than prepping for Maine’s bear season. Over the last seven years, I have learned a lot about bear, and about baiting and trapping bear. Saturday will be the first day of baiting season. For the first time ever, we put out game cameras ahead of the season, just […]

Is That You Sassy? 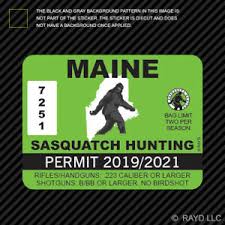 For as long as I can remember, John has loved to watch shows about Sasquatch, just as much as I enjoy watching shows about aliens. I make fun of him and he makes fun of me. We’ve even seen the Squatchmobile out on the road, but it’s not a regular thing, and we’ve had plenty […] 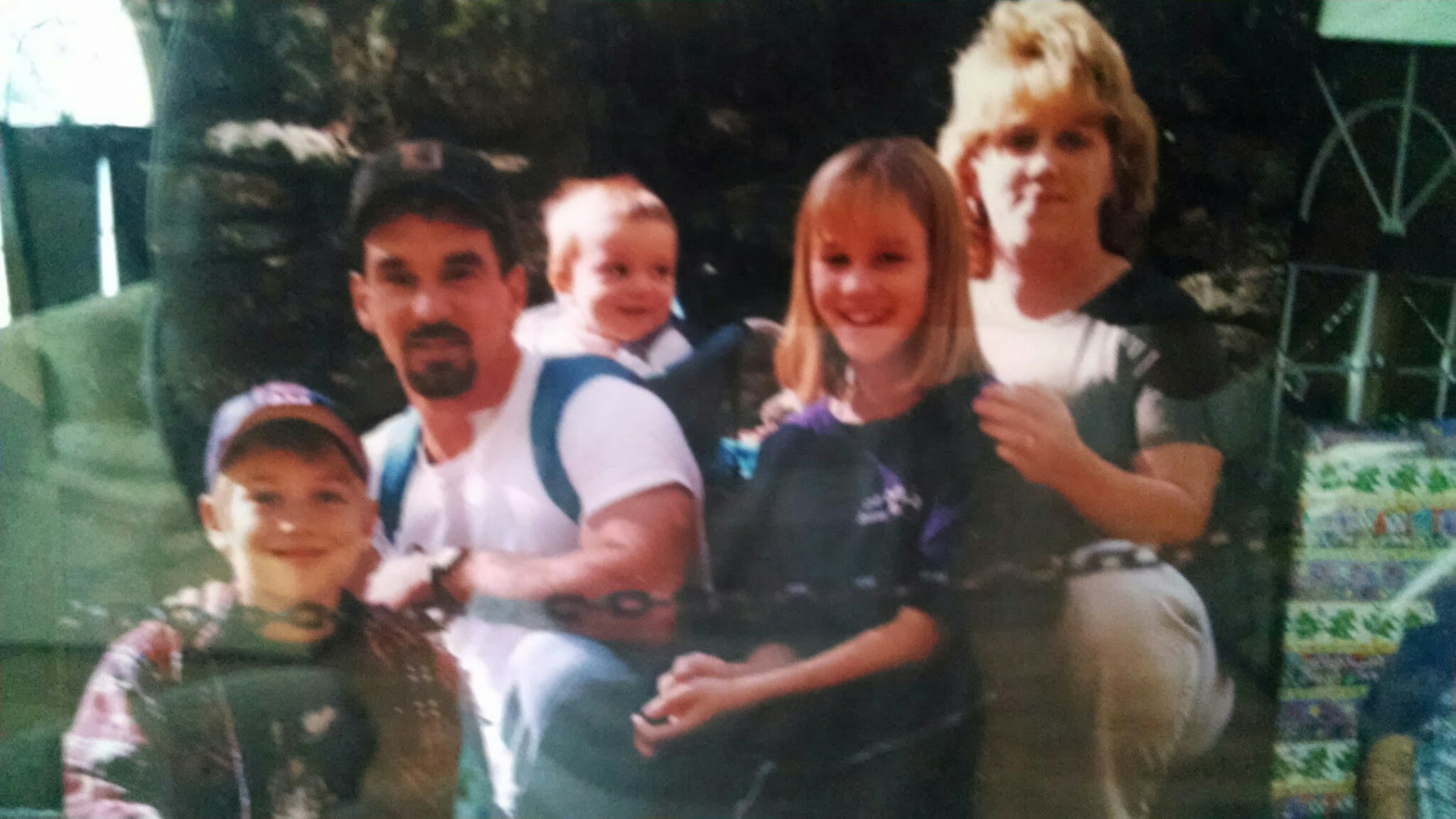 As I was talking with John the other day, it occurred to me that we’ve changed so much over the last thirty something years. We married in October of 1984, and through all these years, we’ve persevered and have become what some have referred us to as a “power couple.” I laugh when I hear […]