Timber ghosts is the name, my husband John, uses to refer to snowshoe hare. The name fits perfectly because snowshoe hare are silent, and their white hair makes them almost invisible against the snow. Most of the time, snowshoe hare are hunted with dogs. They also have incredible sense of sight and hearing so they are long gone before you ever see them. 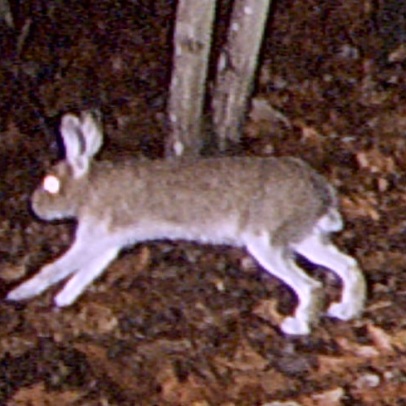 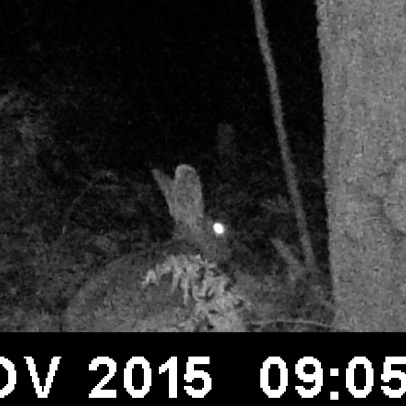 Before this winter, I had only been rabbit hunting a few times. The first time I joined the guys a couple years ago for a rabbit hunt out back of the house. I soon realized that I didn’t like having so many people all in one area to worry about not shooting. I opted out after that, but it was easy to decide that because I’ve never been a fan of struggling through snow and not being able to keep up…and that’s without a gun in tote. 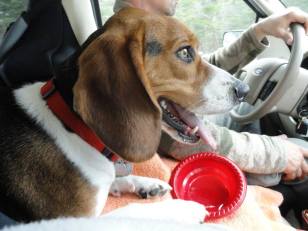 Later that same winter, I joined John and Ty for a trip north where there is prime rabbit habitat. Taking the dog north to rabbit hunt was extremely stressful for me. With stories of dogs being killed by bobcat or coyote, or getting lost, I had a very hard time not worrying about my son’s dog, Fly.

Dogs chase rabbits and rabbits circle, so as a hunter the key to getting a rabbit is to be where the dog started the rabbit, but if a dog starts a rabbit half a mile away, that’s a long way to go before you catch up. Sometimes dogs chase rabbits out of hearing distance only to lose the track then find another rabbit and start a new chase. Doing that in an area you know is one thing, but in an area where there could be a lot more hazards, it’s extra stressful. In addition to worrying, we had to use our snowshoes because the snow was so deep. Wearing snowshoes keeps you from sinking, but not falling, and I spent a lot of time picking myself up off the uneven terrain.

We don’t have an electronic GPS collar for our dog like a lot of hunters, so we have to rely on his training and our hearing. He’s a wonderfully smart dog and loves to hunt. So much so that he chased and chased and chased until we no longer heard him and he didn’t return. He didn’t circle back to us…and a good time quickly turned into worrying. Tyler and I were just sick thinking Fly might be lost and daylight was closing. John to the rescue to retrieve him. He followed his tracks in the snow and had to go at least a mile before he caught up with him. When they finally showed up, we were all relieved. That was the last time I agreed to go north to rabbit hunt!

Last winter there was so much snow the dogs couldn’t hunt, and if they can’t hunt there was no way I was going to even venture out. However, this winter has been pretty tame and I’ve been thinking that I need to try rabbit hunting again. I’m not one to give up and I’m in better physical shape than ever before, and it was time to face this adventure head on. I even have my own shotgun now so the only thing I needed was to see a rabbit!

All fall I had rabbits showing up on more than one game camera. Three different times we tried to rabbit hunt, and not once did the pup jump a rabbit to circle.

Saturday turned out to be warmer than the forecast, and the sticky snow was perfect for tracking rabbits. John was headed out to take Fly on a rabbit hunt in a spot not far from the house and he asked if I wanted to go. I was excited to give it a try again and hopefully get a chance to get my first rabbit.

We trekked into the woods and it was no time before Fly was on a rabbit. He circled it big, and when he circled back, the rabbit didn’t cross the field but instead shortened the circle. We had to move quick and find where he circled past so we could set up for the second time around. I stood as still as I could since rabbit have incredible eyesight. John had moved down a ways to spread out and it wasn’t long before I heard Fly coming. I was expecting him to circle out in front of me, but the rabbit must have seen me. I saw a flash of white off to my right and about ten seconds later there went Fly right after him not missing a beat on his baying.  The rabbit got away. In a matter of minutes, Fly was on another one. John and I found his tracks and set ourselves apart. We waited and listened to the dog making his circle. The area was so heavy with brush you couldn’t see far. I literally couldn’t see more than 15-20 feet in front of me. If there weren’t a rabbit trail right there, I’d think there was no chance of seeing the rabbit.

Then it finally happened. I thought I was seeing things when finally, a little white ball of fur jumped over the log and was about ten feet in front of me. I drew my gun and with one shot, I had my rabbit! The moment of finally achieving what I had set out t do was perfect. John ran over and gave me a big hug. I got the first rabbit of the day and it wasn’t long before we were off chasing another one.

The day ended positively, and I realized that not once did I worry about the dog getting lost. He did a great job and out of five rabbits chased, we got two.

Rabbit hunting is definitely a physical activity, but I think I’ve found a new love for winter that’s going to get me outside. 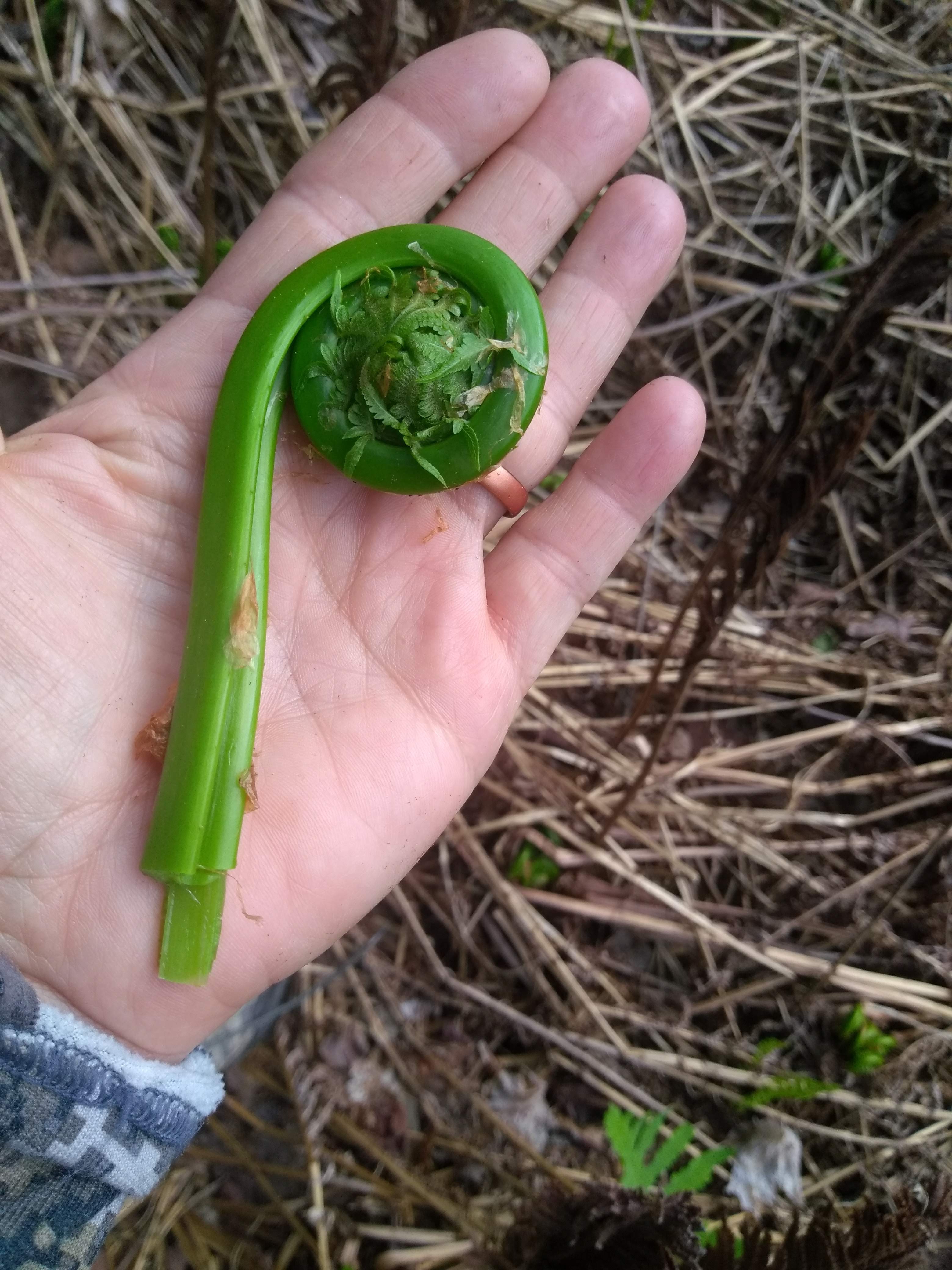 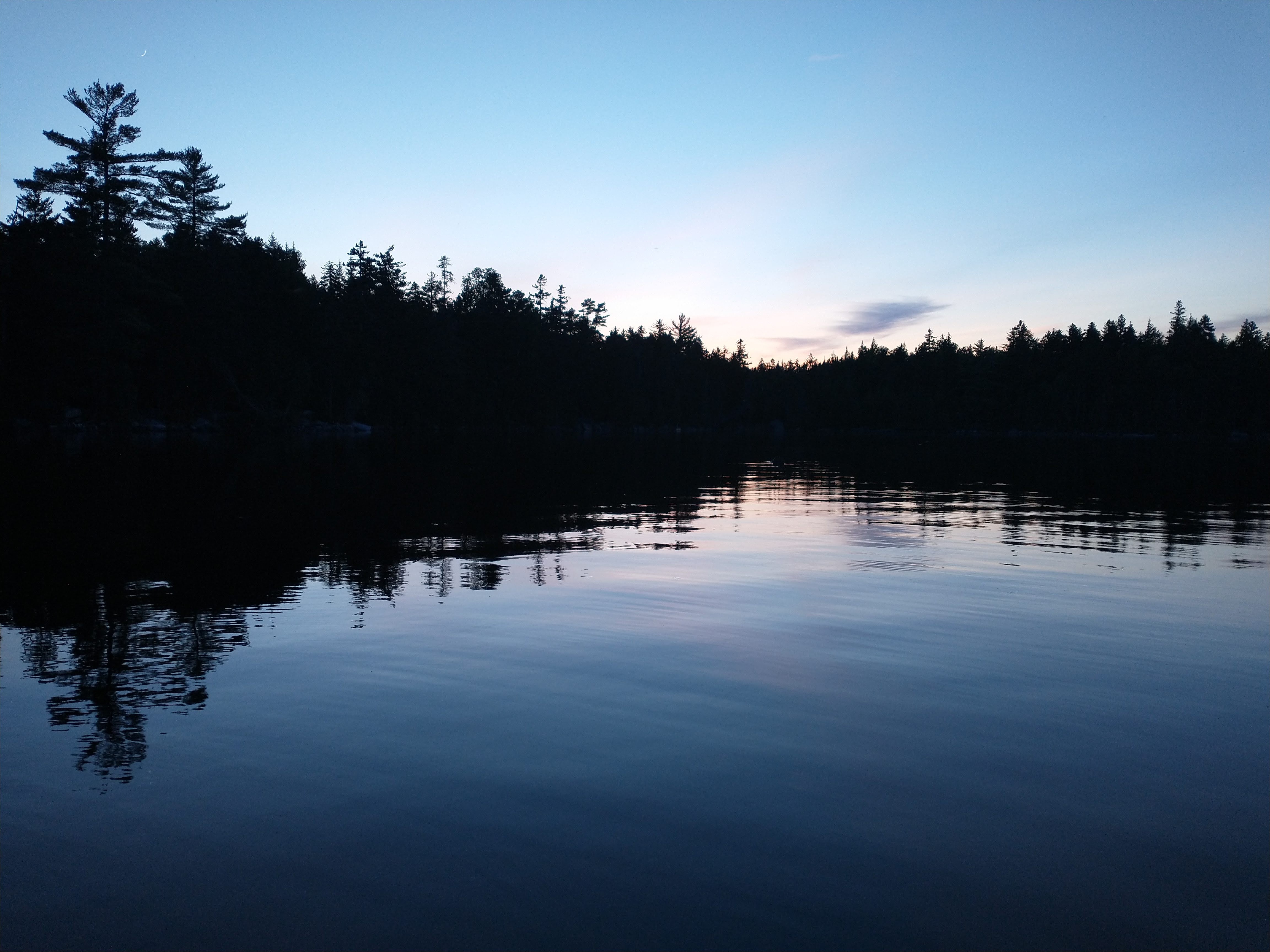 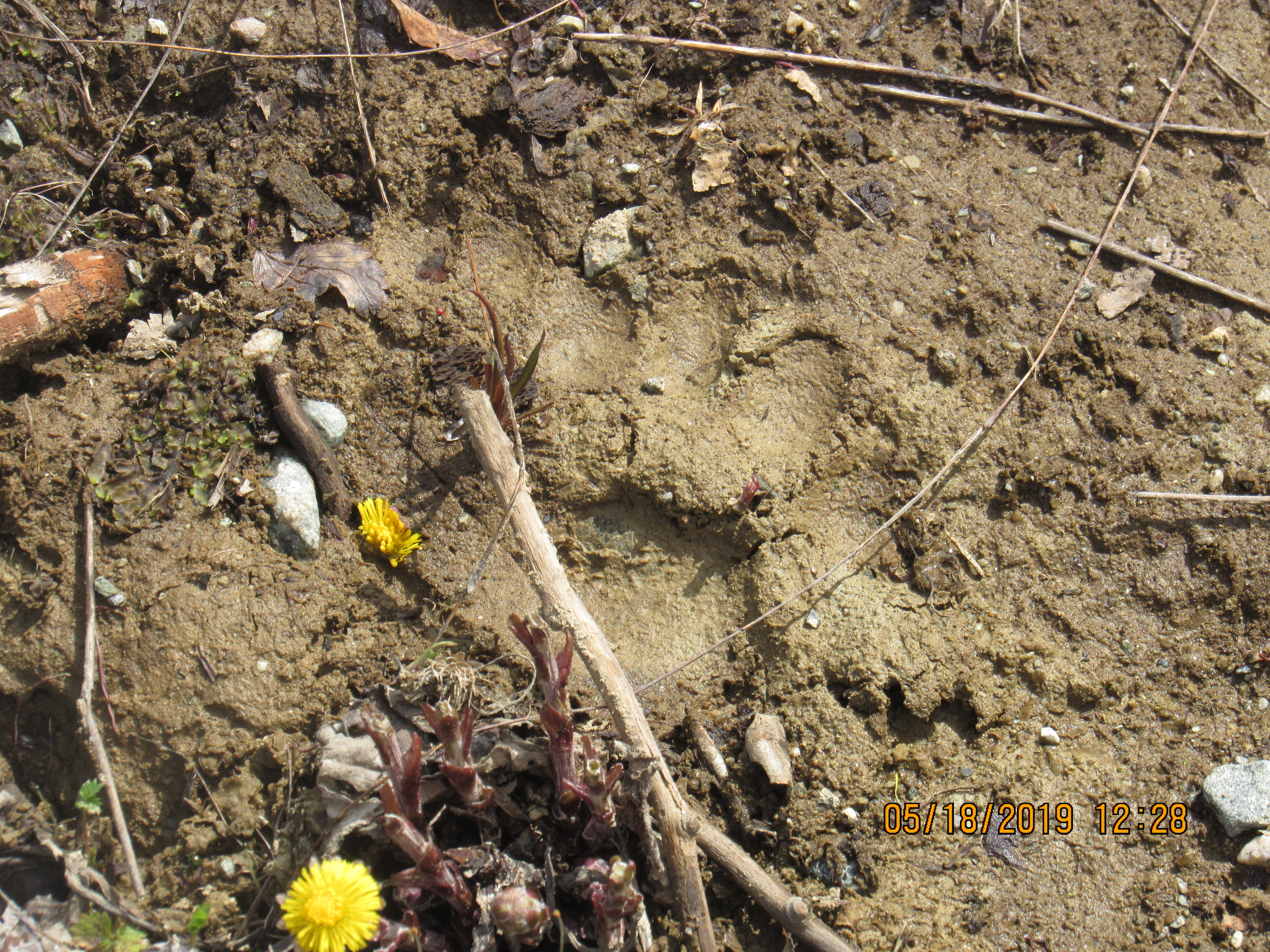 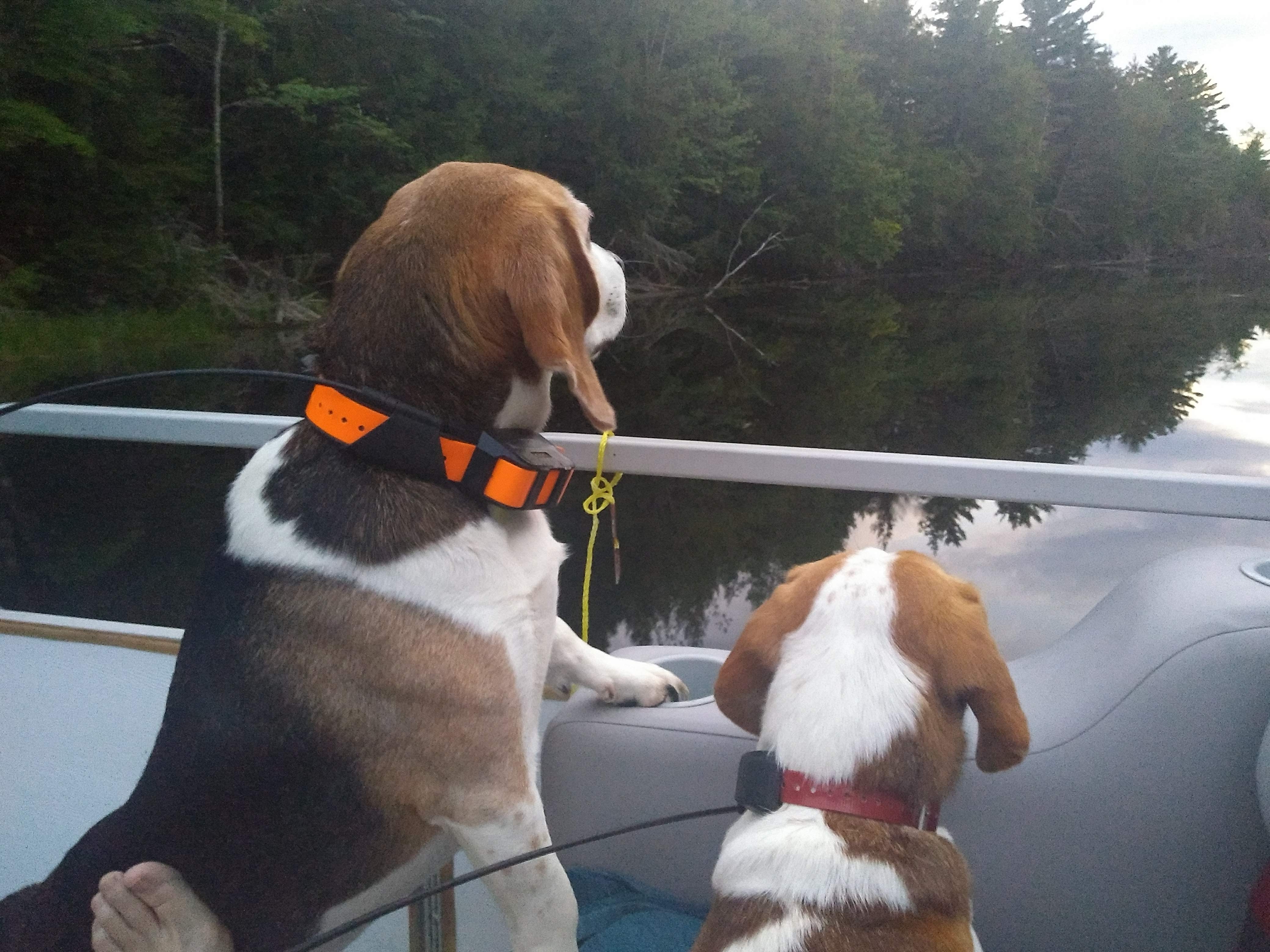 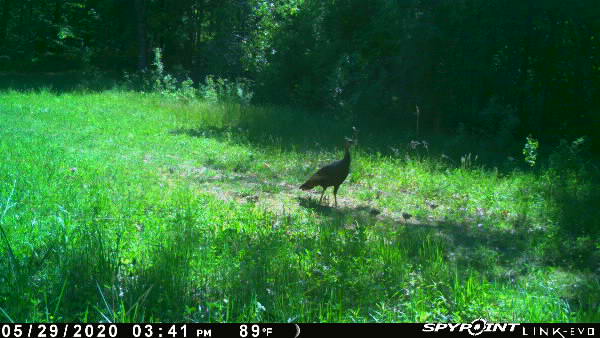 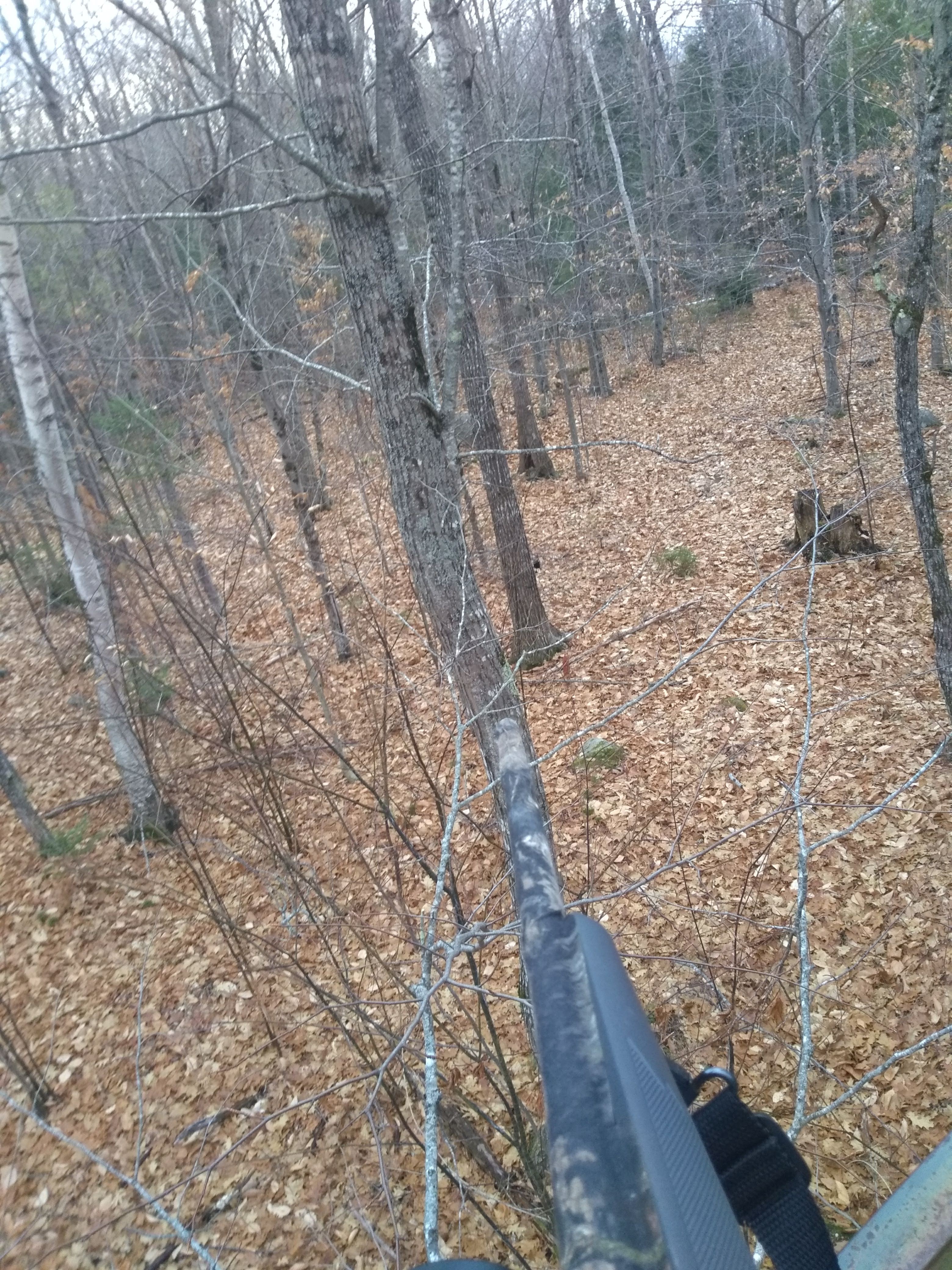 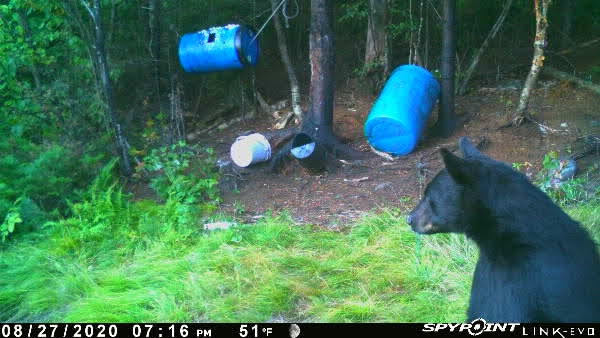 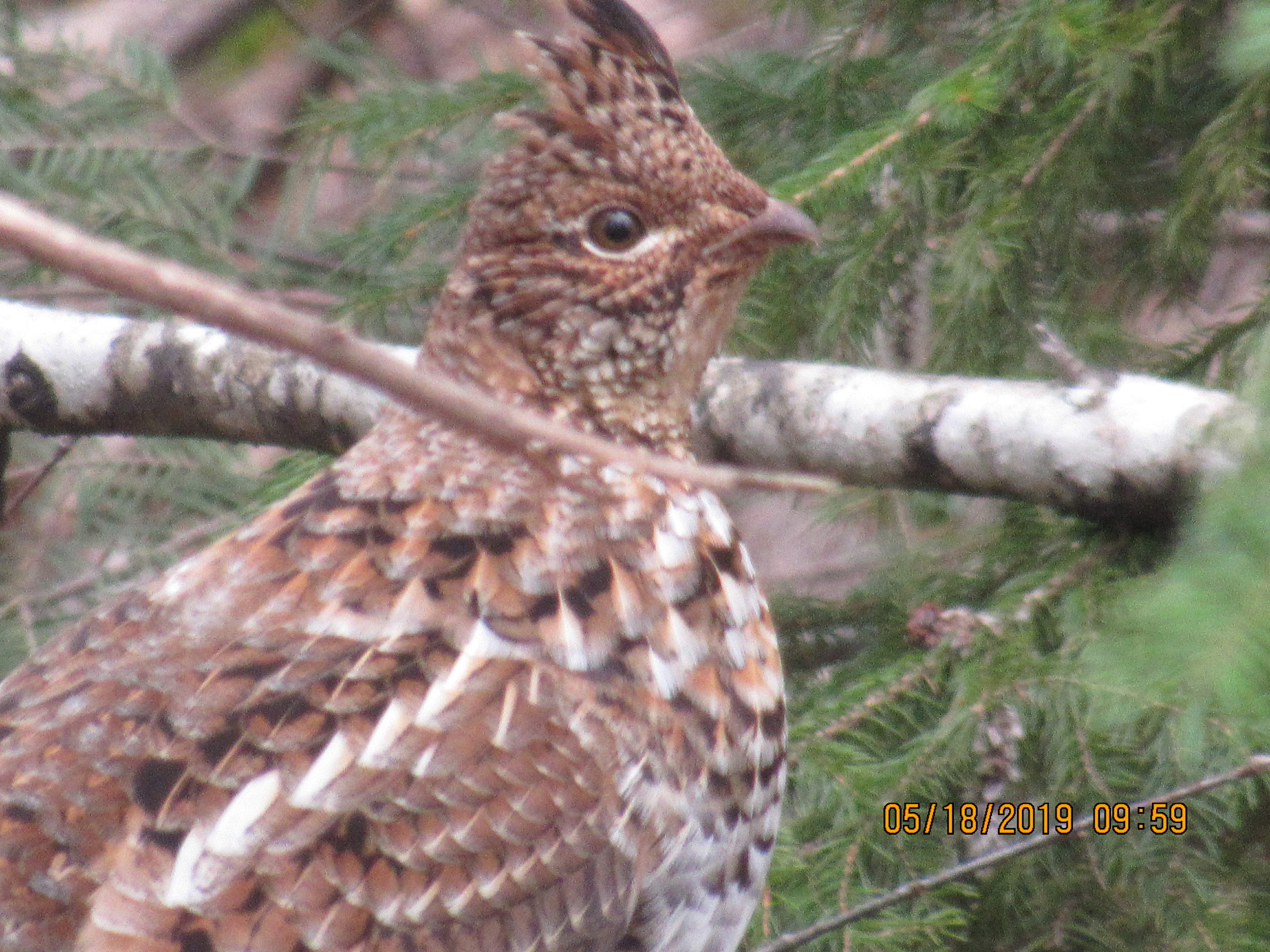